Can A President Repeal A Law? The roles of the President of the United States are so executive. However, there are limits to such a prestigious power.

The authority lies within Congress. Repealing a law means the passage of a new law that has to be introduced by a senator or a House of Representatives member.

It passes both chambers of Congress before the President decides on whether to sign.

This article will cover some of the fundamental knowledge about repealing the law, the roles with power to do it, and its underlying effects. It also highlights several frequent questions concerning the subject matter.

The hot discussion, therefore, leads us to the question; can a president repeal a law?

No, the President of the United States can not repeal a law. It is beyond his or her executive control. It has to do with Congress. How is the President then involved with law repealing?

The President of the United States can be a cheerleader during the repealing of laws. He or she can veto or sign bills passed by the Senate.

What Is Repealing A Law?

In simple terms, to repeal means to revoke or abolish. The legal definition of repeal is the withdrawal of a statute. The calling off of a law makes it lose its effects and becomes void.

Now that we know the fundamental knowledge on repealing laws, let us go through the individuals with the influential role of repealing laws.

There was a significant need to pass a new law to overturn Obamacare, the Patient Protection and Affordable Care act.

Like any law, the senator or any House of Representatives’ senator needs to introduce the legislation. The legislation must pass chambers of Congress before the President signs the bill.

The president can also turn down the bill by refusing to sign it. The President might define existing laws by giving out an executive action, which cannot develop new regulations.

Does it mean the President can make laws? No. The President of the United States does not have the power to formulate laws.

We have covered a shortlist of the dos and dont’s of the power of the president role. The following are some of the things the President can do, but not limited to:

The President cannot interpret the laws or select a cabinet member without the Senate’s approval. Besides that, he cannot repeal a Supreme Court decision.

For instance, the case of Roe v. Wade, the pioneering case that regulated legal abortions. Or Citizens United, a claim that interpreted political spending as protected speech.

The court measured if the existing laws were essential. For either of the cases to be overturned, there was the need for a new constitutional amendment.

The Types Of Repeal

There are two types of repeal. They include express and implied repeals. Let us discuss them further:

The withdrawn regulation becomes the repealed statute, while you can refer to the replacing law as the repealing statute.

Features Of The Express Repeal

In general, the implied term expresses the meaning of implicit or hinted. Implied repeal is the process of repealing a law, attaining the state of being obsolete and inferred.

The burden falls under the individual who declared the implication of the repeal. However, if the newly enacted law has no definite intentions or is inconsistent with the past law, the assertion is disputed. The repealing process works by inferring relevant implications.

Factors To Consider For The Implied Statute Repeal

Who Has The Power To Repeal The Law?

Congress can repeal a law. It only requires a two-thirds vote in both the house and the Senate. Ratification by three-quarters of the states is also required. To revoke a law, you pass a new law by getting most of both houses before the President.

How Are Laws Repealed?

Congress has put efforts to abolish the Affordable Care Act that succeeded in 2010. Jill Hasday, a professor at the University of Minnesota, said, “In general, you repeal a law by passing a new law.”

Senators can utilize filibusters to stop proposed legislation. Long ago, filibusters were all about debating for a longer duration to halt the legislation’s passage. Today, a threat of it interferes when considering a law.

You might abolish filibusters by acquiring 60 votes in the Senate. After being passed before the Senate and the House, the former U.S. resident, Barack Obama vetoed the Restoring Americans’ Healthcare Freedom Reconciliation Act of 2015.

It promises to get rid of subsidies, fines for those not insured, increase more insurance buyers. During the constitutional amendments’ repealing, Congress can propose with a vote count of two-thirds from each chamber.

Different effects come along with repealing laws. One of the primary objectives is to dismiss outdated laws with a conflict-free new law. Here are some of the impacts of repeal.

Objects Under The Repealing Process

The ultimate object of the repeal act is to bring changes to the existing laws. Its purpose is to remove the obsolete item from the law.

Upon completion of the repealing Act, the court measures if the newly enacted law achieves its goals and intentions as proposed.

Can the President repeal the constitutional amendment?

For example, there was the passing of the 21st amendment to accept the repealing of the 18th amendment. It abolished the sale and production of alcohol.

Can the President repeal a Supreme Court decision?

For your information, the court has no power to create laws but can only interpret them. Generally, it measures its impacts and consistency.

What does the President do to pass a law?

The U.S. president passes a law through the presidential signature. He or she has at least ten days to sign or veto the proposed bill after passing through Congress. An approved bill by the President then becomes a law.

What happens if there is no signing of a bill by the President?

Usual times, an unsigned bill can become law after ten days are over. In case there is the prevention of the Senate’s statement during the allotted time, a pocket veto arises, and the proposed bill fails to become a law.

How many vetoes can a U.S. president get?

The constitution awards the President 10 days to accept or abolish legislation. Otherwise, the proposed bill becomes a law. There are two types of vetoes; regular veto and the pocket veto.

Can the President initiate a war?

The answer might be yes and no. The President of the United States can send a group of soldiers into a battle but cannot declare war without Congress’s authorization.

The 1973 War Powers Act allocates the President with a strict timeline of three months for getting approval from the Senate.

We can agree that repealing the law abolishes a statute, which turns out to lose its effects. When repealing a law, you pass a new regulation. The President of the United States has no authority to repeal the law.

The U.S. Congress has the power instead. The President can release an executive action that does not create a law.

For the law repeal to be approved, it needs effective consistencies and no conflicts with the existing law. Otherwise, the assertions of the law get rebutted by the Senate.

Previous Article
What Is The Difference Between Engine Oil And Motor Oil?
Next Article
Libertarian And Republican: Against Or With Each Other?

Libertarian And Republican: Against Or With Each Other?
Naneth Robinson February 28, 2021 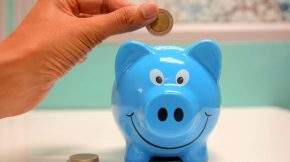 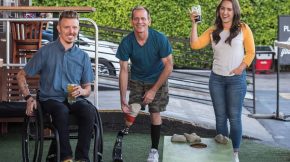 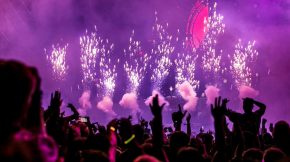 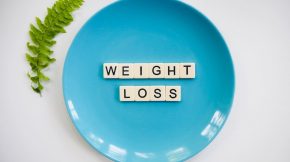 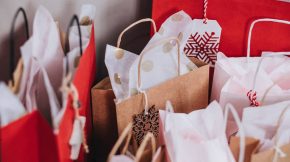