What Is The Difference Between Engine Oil And Motor Oil? 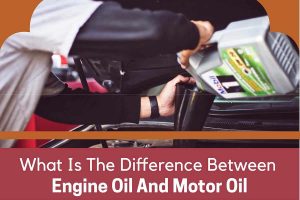 Motor/engine oil is any substance that consists of base oil and additives formulated to lubricate parts of internal combustion engines. The two are formulated to meet the required lubrication standards and applications.

This will result in desired lubrication performance for specific conditions. The primary function of engine oil is to minimize friction and wear on an IC engine’s moving parts.

There has been a lot of confusion, whether engine oil and motor oil mean the same thing. This article is aimed at addressing the issue. Also, it will offer other relevant information on the same.

So, what is the difference between engine oil and motor oil?

Simply answered, there is no difference. Both the terms mean the same thing.  Motor oil and engine oil are the same and serve the same purpose. The terms are used depending on your country of residence.

Motor oil is commonly used in the United Kingdom, while engine oil is often used in the USA. If you drop off your car at a garage and use the term ‘engine oil’ or ‘motor oil,’ you will be understood.

Keep on reading to learn more about oil, including its benefits, engine oil grades, how to choose the right motor oil, and much more.

Engine/motor oil plays a significant role in the internal combustion cycle of an engine. It is also a vital thing when servicing your vehicle.  Here is what engine oil does.

Motor oil protects internal metallic components of engines from rust. To extend this prevents corrosion of the parts, which could result in catastrophic engine failure. Neutralizes acids

During internal engine combustion, oxidation of the fuel and other lubricants produces acids. As you are aware, acids corrode metals. Thanks to the motor oil, which neutralizes these acidic products.

Combustion residues built up and remain suspended on the oil. These residues can clog the engine and result in poor performance. The continuous flow of engine oil constantly carries the impurities to the oil filter, where they can be removed.

Engine oil’s primary function is to reduce the friction between internal moving parts of an engine. It is achieved by providing a monolayer of the oil between two moving surfaces. This way, the parts don’t rub against each other harshly.

Motor oil also plays a significant role in cooling down the engine. It does so by carrying heat away from the moving parts of the engine.

Motor oil improves the sealing of piston rings and cylinders. By making them airtight. A layer of oil is deposited between various parts with different types of fits. The engine oil seals off any clearance that arises.

It is essential to know what engine oil type your vehicle requires before purchasing one. There are three types of engine oil on the market.

This is refined petroleum oil that has been engineered to function under a wide range of temperatures. It is majorly used in older vehicles and motorcycles. This is the cheapest type of oil on the market.

One disadvantage of mineral oil is that they offer little lubrication and protection against induced heat.  Not to mention the poor performance in cold conditions. This type of oil also requires frequent replacement.

This type of oil engine delivers maximum protection and improves fuel efficiency. Synthetic oil goes through a vigorous breakdown process down to the basic molecules.

The molecules of this type of oil have a uniform shape and size. As a result, they are efficient and superior to the other two types. Synthetic oil performs at its optimum both in high and low-temperature conditions.

These are chemicals that are added to the base oil. They determine the chemical and physical properties of the final product. Motor oil may contain about 10-15 additives.

Depending on the quality and performance, additives can make up to 25% of the formulae. Each additive is carefully selected. It has to be compatible with parent oil and other additives too. Below are some advantages of motor oil additives;

The Viscosity Of Engine Oil Explained

Engine oils are graded using alpha-numeric codes, for example, 10W-40.  The letter W stands for winter. The number just before W shows how oil will flow in a cold environment.

In other words, the viscosity of oil in cold conditions. For cold-weather performance, a lower number before W is better.

The motor oil’s viscosity is rated based on its properties at zero degrees Fahrenheit and thickness at 212 degrees.

A smaller number means the flow will be good.  To better understand that, here is an example. An engine oil graded as 10W-40 will have a better cold flow than 20W-40.  The number after the dash indicates the viscosity property of the oil under normal temperatures.

Excessive thickening can make it hard to start an engine. More energy will be required to turn the crankshaft. Once the engine is on, the motor oil gets heated up. And this is why it is also important to consider the second number after the dash for normal operating temperature.

Viscosity index is the resistance of the motor oil to thinning under high temperature. The high second number after the dash is good. It is important to note that with time, motor oil tends to lose viscosity.

Here are some engine oil grades that are internationally recognized.

It is formulated to behave as zero-weight engine oil at starting temperature. The viscosity rises to 30 when the internal engine temperature increases to the normal range.

Performs like 5 weight motor oil when the engine is starting cold. At normal engine operating temperature, the viscosity of the oil is 40.

It is engineered with a viscosity of 10 in cold environments. The viscosity increases up to 40 when the internal temperature of the engine increases to normal.

You must check your engine’s oil level now and then. If engine oil runs out, engine parts will start to grind together, due to lack of lubrication.

As a result, your engine will stall. Such damages are hard to reverse. Here are some signs you can easily observe to tell you it’s time to change motor oil.

Oil smell inside the car

If you smell oil inside your ride, it means that you have a leak. You might want to go and have your engine checked and oil replaced as soon as possible.

This is the most common sign many people use. When your engine is silent, this means that the motor oil is doing its job; lubricating moving parts.

On the other hand, rumbling and knocking noises from the engine means the oil levels are low or no oil. You should then take your car for an immediate oil change.

If your car emits clear vapor, it means you are doing great in motor oil. ‘Smoke’ like exhaust indicates that you might be having an oil leak. An immediate oil change is needed.

You can use the mileage to check whether your car needs an oil change. A good number of vehicles require oil replacement after every 3000-5000 miles. Keep observing your car’s mileage to know when to change motor oil.

New oil that has not been used is translucent with an amber hue. After being used, with time, the color will change to dark.

This is because of the deposits and contaminants from the combustion processes. If you check your motor oil and finds it’s turning darker, it is a sign that you need to replace it.

Motor oil is essential to any car engine. They allow smooth running and increases the life of the engine. Whether you call it motor oil or engine oil, it doesn’t matter. I hope it’s clear to you that they both mean the same thing.

To ensure that your engines operate at optimum levels, frequently change the motor oil. Use the right motor oil grade recommended for your vehicle by the manufacture. You should enjoy a hassle-free engine operation.

Previous Article
Which Countries Have a Theocracy? Theocracy Examples Countries
Next Article
Can A President Repeal A Law?

Can A President Repeal A Law?
Naneth Robinson February 26, 2021 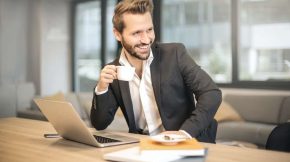 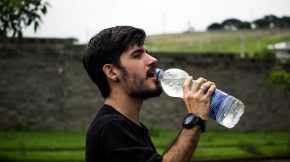