What Rockefellers Are Still Alive? The Remnant Of The Greatest Oil Dynasty 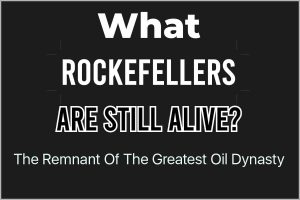 The Rockefeller family is among the richest and famous dynasties in American History. Members of this family have made major impacts on the United States and the globe.

They have held positions in Government, owned costly real estate, and took part in major charity organizations. How did this family create and hold onto so much wealth?

The founder of this family was John D. Rockefeller. His legacy and wealth have been passed down to this day. Currently, the 21 members fourth generation is in control of the Rockefeller dynasty.

Before we get any deeper, let’s answer our question first;

What Rockefellers are still alive?

Today the Rockefeller family has over 70 heirs. There are all the descendants of John Rockefeller. David Rockefeller died in 2017 at the age of 101.

This made him the oldest billionaire on the planet. The remaining members are mostly managing the remainder of the dynasty. The current head of the family is David Rockefeller Jr.

John D. Rockefeller builds the dynasty that is known to this day. To understand this giant family, you need to look at its founder. John was born on July 8, 1839, in Richford, New York.

He was a philanthropist and businessman. He is considered to be the richest man in American History. So how did he come to build such an empire?

The answer is simple, power. He was in the oil business, which was the main source of power at the time. He was a bookkeeper at 16; he then started several business partnerships at 20.

John got a loan of $ 4000 to start his own business. He began trading in grain, hay, and different meats. Due to John’s prowess, he made sales of five hundred thousand dollars in his first year.

John got into the refining business and took full advantage of it. He processed oil and used the byproducts to make tar, naphtha, and paraffin wax.

Within two years, the Rockefeller refinery was over $ 72 500 in value. He, later on, purchased 22 of the 26 competing oil refineries within five years. In 1870, he incorporated the Standard Oil of Ohio.

With time, the demand for oil products grew, and so did the companies supplying them. Rockefeller was among the biggest investors in the Standard Oil Company.

John wanted to create a monopoly. He convinced most of the remaining owners to sell their refineries to him. He then offered them positions in his company for their brains.

By employing them, he ensured that the smartest people in the business were all under his control.

By 1880, Standard Oil was refining over 90% of America’s oil products. He started making private deals with rail company owners.

Most business owners worried that John Rockefeller would also monopolize their industries. This caused a lot of politicians, businessmen, and the media to attack Standard Oil.

Legislators began drafting anti-trust regulations in an attempt to control Rockefeller. In the year 1882, he reincorporated the Standard Oil Trust in New Jersey.

This trust held stakes in over 40 of the local companies. He then builds a headquarter for his company on Broadway.

He possessed 4000 miles of oil pipeline, 20,000 working oil wells, and had more than 100,000 workers. Competition from the Rothschild Family from France was growing rapidly.

In 1890 the Government passed the Sherman Antitrust Act. This made it easier for politicians to go after Standard oil. Due to anti-competitive practices, the Supreme Court separated Standard Oil; this was in 1911.

The company was separated into 34 entities, and Rockefeller kept his stake in all of the companies.

Most of the branches remerged and have grown to become large companies today. They are part of ExxonMobil, Chevron, or bp.

At the time of his death on May 23, 1937, John had an estimated net worth of $ 400 billion. To this day, no businessman has been as rich as or richer than John Rockefeller.

Contributions Made By The Rockefellers To Society

The Rockefeller family is one of the most charitable families on the planet. The positive acts done by individual members and the Rockefeller foundation cannot go unmentioned.

There might still be some criticism of the Rockefeller family due to the methods used by its founder. Even John D. Rockefeller was very charitable.

Creation Of The Schools And Universities

John was a philanthropist that saw the value of a good education. He showed this by contributing to the creation of the University of Chicago.

Rockefeller made donations of almost $ 500 million towards medical research. He is known to be the biggest medical benefactor in History.

The University has made numerous discoveries that have transformed medicine. Some of them include treatment for spinal meningitis and pneumonia.

1. In 1902, Rockefeller started the General Education Board.

This was done to help develop education in the US. It was to educate all people regardless of sex, race, or creed.

2. He started the Rockefeller foundation in 1913

Its goal was to help improve the lives of people all around the globe.

It has donated millions to help in education, scientific research, public health, and other endeavors.

He passed this generosity to his son, John Rockefeller Jr., who continued his charities and company. He also made donations of up to $ 500 million to various charity projects.

3. He created the Rockefeller Centre.

This is a complex in New York consisting of 19 commercial buildings. The original 14 Art Deco buildings were his initial creation.

4. He also contributed land to the Museum of Modern Art

John also donated the land that would later host the headquarters for the United Nations. John Rockefeller Jr. was most passionate about children in need.

Even the current generation of Rockefellers has maintained this generosity. The children of John Rockefeller have been doing a lot of charity.

He created the Asia Society and Council on Economic and Cultural Affairs. He was also responsible for the Population Council.

The council aimed to check overpopulation in Asia. He also started the Lincoln Centre, which is one of the best art centers on the planet. He funded numerous NGOs before his death in 1978.

6. David Rockefeller also had a large role to play in modern society

David joined the army during World War II.  After the war, he joined Chase bank, where he stayed until the end of his career.

He made the bank the biggest in the US. He increased the foreign branches from 11 to 73. Chase bank opened branches in China and Russia.

Rockefellers In Politics And Government

Most of the powerful families in the world have some angling in politics. The Rockefeller family is no exception. Some known members of the family that have made it in the political world include;

He was then elected to become a member of the House of Delegates in West Virginia. In 1968 he was elected Secretary of State until 1973.

He then became the West Virginia Wesleyan College President between 1973 and 1975.

He held the position of Senator until January 3, when Shelley Moore Capito replaced him.

This is another Rockefeller that made a mark in politics. He was born on July 8, 1908.

He also was undersecretary of HealthHealth, welfare, and Education under President Dwight D. Eisenhower. He was for a time the administrator of the Rockefeller Center in Manhattan, New York.

His greatest feat was becoming the 41st Vice president of the USA. Nelson was a known art lover and collector. He died at 70 on January 26, 1979

The Rockefeller family is one with deep roots. They have inherited an oil dynasty from their ancestor John D. Rockefeller. This dynasty keeps growing as oil use increases.

The house has six floors. It has 20 bedrooms and 20 other rooms. It was turned over to the public as a landmark in 1994.

This family will continue to dominate the oil industry, and it will take root in more industries.

Some members have invested in the tech industry, which is taking over the business world. The Rockefellers will continue to grow richer and more powerful.

Previous Article
Do Muslims Celebrate Thanksgiving? Thanksgiving Explained
Next Article
Is Fox News an Entertainment Or News Channel? All about fox news

Is Fox News an Entertainment Or News Channel? All about fox news
Naneth Robinson March 23, 2021 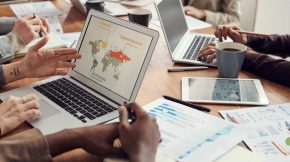 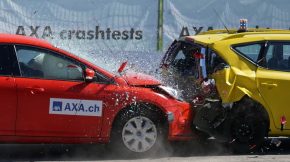 What to Do Immediately After a Car Accident
Lifestyle 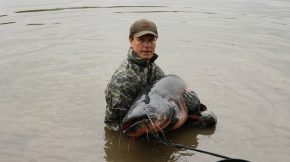 How To Catch Huge Catfish
Lifestyle 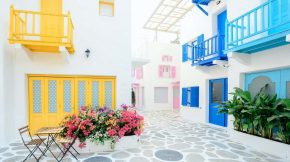 Top 4 Things to Look for in Commercial Outdoor Furniture
Business 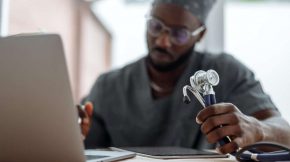 How to Talk to Your Doctor about Possible Male Incontinence Issues
Health
Made with coffee & love by ThemeBubble ©All rights reservd.