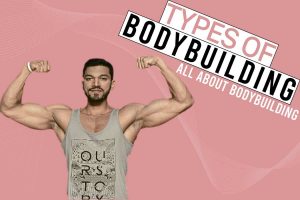 Bodybuilding is a sporting activity that involves the use of progressive resistance training to build and grow one’s musculature for beauty purposes. It involves weight lifting and prolonged conditions to enhance muscle growth.

Unlike powerlifting, bodybuilding does not entail strength conditioning. All the efforts are driven to eliminate unnecessary body fat and grow more muscles to attain a pronounced body physique.

When most people think about bodybuilding, their minds are the sight of steroids and overbuilt men in thin panties. Some don’t even recognize it as a sport.

This is a misguided perception of the sport as there is more to bodybuilding than most people know.

Let’s take a look at these types of bodybuilding.

This category features natural bodybuilding as well as the normal bodybuilding federation. In the former category, athletes do not use steroids or enhancements but rather focus on dieting and natural supplements.

Unlike in the open men’s competition, athletes under this category are smaller and are only required to perform back, and front poses in the completion.

Performances are done in board shorts as much emphasis is not given to thigh development. Athletes are also not required to perform all the standard bodybuilding poses.

However, a lot of emphases is given to the athlete’s body structure. One should have a visually appealing body physique with a perfect shoulder to waist ratio. An ideal candidate should have a thin waist with a steep V-shaped taper.

One is also expected to have perfectly balanced arms, back, shoulder, chest, and calve development.

Judgment is made based on great athletic abilities, minimal masculinity, and aesthetic appearance. Sadik Hadzovic is one of the greatest men’s physique bodybuilders of this century.

The classic men’s physique is the most recent addition to Olympia bodybuilding competitions. This division was introduced in 2016, targeting athletes interested in gaining muscles more than the men’s physique but not as much as the open division.

It is considered the middle ground between men’s physic and open division as athletes in this category are bigger than average men but relatively smaller than conventional bodybuilders.

This category was introduced to address the rising concern of unhealthy practices in bodybuilding. Many athletes were abusing steroids to realize fast muscle growth. The result of this was increased health complications among members of the sport.

The use of steroids also makes it difficult for natural bodybuilders to compete favorably. This is because the former takes a lot of time and requires a lot of commitment to get desirable results.

Steroids can also lead to excessive muscle growth, which reduces the aesthetic appearance associated with bodybuilding.

Therefore, the classic physique balances the playing field for athletes who want to remain competitive without gaining too many muscles.

Under this bodybuilding category, much emphasis is given to the torso’s size, with the recommended feature being a firmly sunken stomach.

Athletes perform a couple of standard poses in short boxers to display their thighs as well. Chris Bumstead is one of the most accomplished athletes who have ever competed in this category of bodybuilding. He is also the 2020 Mr. Olympia record holder.

The 212 Olympia was introduced in 2011 and has since gained a lot of popularity among short athletes. This category of bodybuilding was specifically introduced for athletes shorter than 166 cm (5’5 feet).

Even though short people can gain a lot of muscles, they tend to do so at a slower rate than their taller opponents in the open division.

This is why the 212 Olympia was introduced to act as a level field by segmenting short athletes together.

Judges make their ruling in consideration of muscle development, condition as well as separation.

The open division is also referred to as the MV Olympia division. It is the top tier category of bodybuilding competition that features the worlds’ largest athletes.

Athletes compete by showcasing their muscles using various poses. They also compete on conditioning to determine the overall best. The winner of this competition is usually considered to be the overall best athlete in the world.

Athletes in this category must weigh at least 300lb which is an equivalent of 137kg. And they are required to perform wearing tiny banana slings for maximum muscle exposure.

The first female bodybuilding competition in the USA was held in 1978 in Canton, Ohio. The event was dabbed as the USA women’s National Physique Championship and is considered the first true bodybuilding contest for women.

Contestants were judged based on their muscularity. Two years later, the first Miss Olympia was held. This event brought a lot of popularity to the sport, leading to several other national championships.

However, over the last couple of years, female bodybuilding has continued to lose favor to other competitions, including the fitness and figure competitions.

What Is The Ideal Bodybuilder Physique?

A thin and lean appearance characterizes it. This type of body physique can be attained by conditioning using light weights combined with higher repetitions.

It essentially involves burning fat while gaining very little muscle in the process. This is why an ectomorphic body physique is not ideal for bodybuilders.

However, this physique is ideal for anyone who would love to keep fit to stay healthy. To get this physique, use light weights in your workouts and reduce your resting period.

Unlike the other physiques, you don’t need creatine supplements for your workout, but you can use protein supplements to hasten the process.

This is without any doubt the most hated body physique by bodybuilders. It involves packing on weight and lifting heavy weights to condition for power.

This physique can be achieved by aggressive heavy weight lifting supported with a well-balanced diet spread over seven meals a day and a substantial rest.

You can start by lifting heavy weights for short reps and resting for about two minutes between sets. Use protein supplements to fasten recovery time as well as muscle growth.

Best results are achieved by using moderate weights. Start your workout with light warm-up drills, then switch to a more intense exercise and add weight.

You could start with a set of 10 repetitions for all sets, then switch to heavier weights, then do 8 repetitions for each drill. Continue this alteration until you get to the second set.

It would be best if you worked out all the group muscles at least once a week and your abs on alternate days.

Drink a protein shake an hour before the workout, followed by a protein and carbohydrate meal an hour after the workout. You can also incorporate food supplements into your diet.

Bodybuilding as a sport has evolved over the years to get to where it is now. One of the most fundamental changes is the introduction of various bodybuilding categories in the competition.

Segmenting the sport into different categories, each targeting a specific group of people, has greatly contributed to the sport gaining popularity.

It has also reduced unhealthy competition among athletes as one can now compete favorably even without abusing steroids to realize insane muscle development.

Nowadays, anyone passionate about bodybuilding can participate in competitions by simply choosing an ideal category for them.

A successful bodybuilding career starts with selecting and training for the right body physique. Take time and share with your trainer or gym instructor your workout goals to serve you better.

Previous Article
How To Report Illegal Aliens – Dealing With Aliens
Next Article
Is The USPS Going out of Business? – Here Is What We Found Out

Is The USPS Going out of Business? – Here Is What We Found Out
Naneth Robinson March 21, 2021 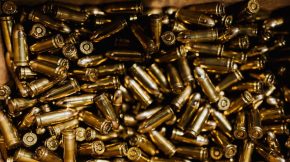 The Best Questions to ask Before Buying Reloading Brass
Lifestyle 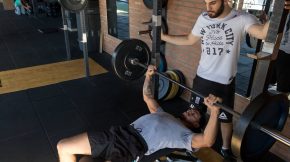 7 Tips for Working Out While Injured
Health 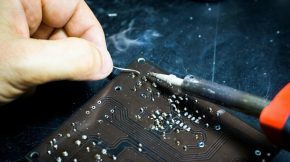 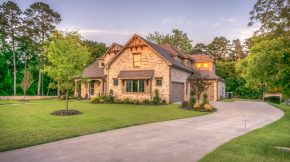 How to Properly Maintain Your Septic System
Lifestyle 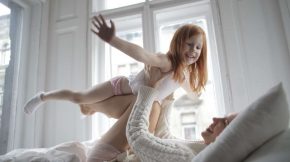 5 Items that Must Be Stored in a Climate Controlled Environment
Lifestyle
Made with coffee & love by ThemeBubble ©All rights reservd.