How To Report Illegal Aliens – Dealing With Aliens 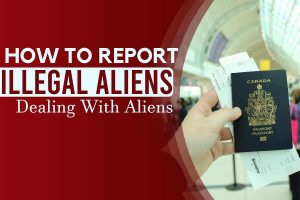 Illegal aliens refer to the migration of people into a country without observing that country’s immigration laws. There are a variety of reasons that makes people be identified as illegal aliens.

A person may cross the border against the set laws and rules of the country they are moving to. Or someone might live in a country while following all its rules until their visa expired, was canceled, or they failed to meet its demands.

Other people lose their citizenship status without even noticing. At times people are identified as illegal aliens in their countries of citizenship.

How To Report Illegal Aliens

Call Immigration and Customs Enforcement at 1-866-DHS-21CE (347-2423) to report illegal aliens. The illegal alien’s specifics such as name, location (their residence or place of work), and any other helpful information will be needed.

The ICE is a federal law enforcement agency in the USA. It is under the department of homeland security.

Its stated mission is to ensure the United States is well protected from cross-border crimes and illegal migrants that might threaten national security and public service.

Illegal migration to another country may be prompted by the need to escape genocide, civil wars, repression, and religious prosecution from the country of origin.

If a person applies for asylum, they are documented as refugees and permanently live in the country. But if they are denied any legal protection, they must leave the country immediately or stay illegally.

Although these visas are limited in number and are subject to years, this forces some family members to enter a country to reunify illegally.

Some people do not have the financial abilities to process the country’s documentation required to move to.

Therefore they opt to use illegal methods to get into a country because it is cheaper or costs nothing.

Most people from third world countries do believe that there are better paying job opportunities in developed countries.

But due to the high prices of the plane tickets, they consider options like being smuggled into another country.

This happens when the population growth exceeds the carrying capacity of a place or environment.

Overpopulation leads to competition for resources such as education, health care, security, etc. Illegal immigration acts as a relief to the person and his country.

People from overpopulated countries consider moving to other countries with the hope of getting better lives. And because the legal process of migration takes long, they choose to illegally move into the other country.

Citizenship deprivation is when a person with citizenship status- through birth or naturalization has their citizenship revoked by the government.

Although rare, those who are USA citizens by naturalization can have their citizenship stripped off through the process of denaturalization. A Denaturalized citizen becomes subject to deportation from the USA.

Citizens born in the USA cannot lose their citizenship. They have a claim to birthright citizenship which the constitution has guaranteed. But they may choose to renounce their own citizenships.

Also, a person can lose his/her citizenship voluntarily or involuntarily.

The United States law states that undocumented children have the same right to attend both public and secondary school as United States citizens and permanent residents.

Effects of Illegal Immigration On The Economy

The United States has the largest number of documented and undocumented immigrants in the world. Many policymakers argue that this group has led to a slow wage rate in the US.

While other policymakers are of the notion that these migrants have helped build the United States’ economy.

There is a popular belief that illegal aliens are taking jobs meant for American citizens. It is true because they offer both skilled and unskilled labor for lower wages.

This is a positive thing for employers since they will cut paying costs hence making huge profits.

Increased labor supply is a plus to the country’s economy since the immigrant spends on food, housing, transport, and televisions. This leads to the expansion of the domestic economic demand and the creation of more jobs.

After their students’ visas expiry, they could not renew their visas but choose to remain in the US. About 27% of them earned a master’s degree in science and engineering courses.

The young, educated, and skilled have a greater impact on the economy than the old, illiterate, and non-skilled.

Though undocumented, they also pay taxes to the government. Their taxes help pay for military spending, reducing the average US citizen’s general tax burden.

Illegal aliens have no right to access the state’s services, such as health systems, education, and banks.

This makes living unbearable, and many end up forging identity documents to have access to the institutions.

United state laws require all workers to have the right documentation. This helps to bar the employment of undocumented aliens.

Some employers hire these illegal aliens and take advantage of their status by offering them little wages for a lot of work.

About 2.4 million victims of human trafficking in the United States are illegal aliens from Mexico. They are smuggled into the US and Canada by human traffickers.

Most of these illegal aliens are kidnapped or have been tricked into slavery by unsuspecting people. They are always promised that they will be given better-paying jobs in factories in the US.

But after they have been smuggled into the countries, they realize the job thing was a lie.

Illegal aliens are vulnerable, and at times, they are abused by the police. This is because of their undocumented status.

Prostitution mostly affects illegal female aliens. They are always forced into prostitution by their owners.

Some do prostitution voluntarily to survive. They raise money through prostitution to pay for houses, hospitals, and other bills.

No law states ‘better working conditions for illegal aliens. Therefore many of them are forced to offer labor in dangerous industries such as construction and agriculture- die in plantations.

Yearly, a lot of death cases are recorded along the USA- Mexico border. Immigrants crossing the border get exposed to extreme desert conditions. Some are killed by desert animals, while others starve to death.

Some illegal aliens are migrants that lawfully arrived in a country. But they failed to leave after the expiry of their visa hence overstaying the visa.

Some are refugees who had their refugee statuses revoked but are yet to be deported to their countries.

This is done by immigrants who do not qualify for a visa or countries with no automatic agreements on visas.

Human smugglers act as intermediaries, and they help the undocumented aliens to go across borders at a fee.

Since it is illegal, it is always so dangerous. People die of suffocation in shipping containers, trucks, and boxcars. Others sink in shipwrecks caused by the use of unworthy vessels.

Those who opt for the desert route die of dehydration because of long walks without water.

Two people who are not in a genuine relationship enter sham marriages for immigration reasons. They use marriage to gain citizenship rights, jobs, or residency.

The USA government has put a heavy fine of $250000 plus a jail term of 5 years for anyone found guilty of such actions.

The United States migration policies are unclear and controversial. Some legislators argue that both illegal and legal aliens play a vital role in their economy’s growth. Others claim that these migrants are a threat to national security.

But due to humanitarian reasons, the US government accepts and receives migrants from different countries. They then look into the causes of their immigration and offer them legal documentation.

The United States has the highest number of both documented and undocumented aliens.

The undocumented aliens may be a threat to national security and should therefore be reported to the concerned authorities.

Reporting their existence will also help some of them since others are being held against their own will. 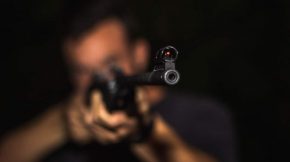 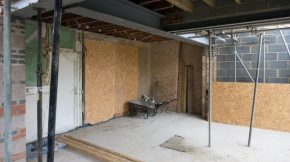 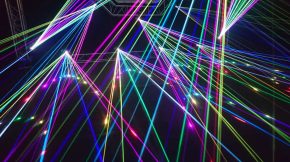 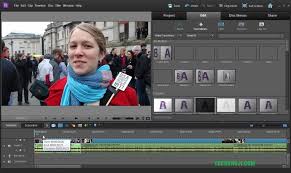 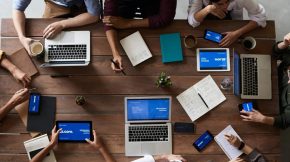