Is Arabic Hard To Learn? An Unbiased Revelation 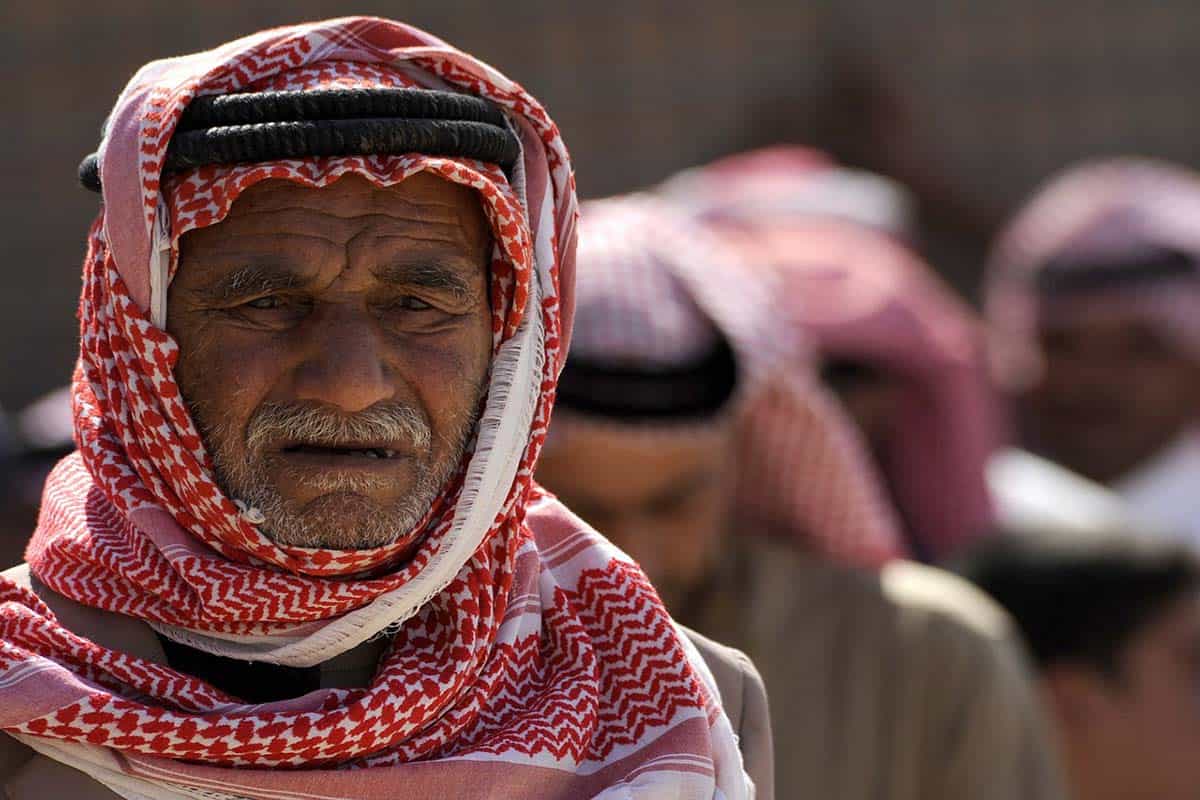 It’s no longer news that learning Arabic is at the top of the to-do list of most people planning to travel to the Arab world.

Arabic is the Arab world’s lingua franca. It emerged in the 1sth and 4th centuries CE. Today, there are over 400 million native Arabic speakers in the world.

Now let’s answer the big question many interested Arabic learners have been asking.

Is Arabic hard to learn? Here’s the simple answer.

Honestly, learning Arabic is challenging. Nevertheless, it isn’t the most difficult language in the world for English speakers. Mandarin is. And the fact that Arabic is hard doesn’t mean foreigners cannot learn the language. With proper guidance and constant practice, you can learn it.

Why Arabic Is Considered Hard To Learn

The numerous varieties of Arabic available are partly the reason the language is difficult for foreigners. Arabic language is different in the majority of the countries that speak it.

Another reason Arabic is challenging to learn is the letters. You can write most of them in four varied forms, based on where you place them in a word. You also write Arabic from right to left. But in the English language, you write from left to right.

Vowels exclusion is another reason Arabic is challenging to learn. Verbs come before the subject, and the language includes sounds that are unfamiliar to English speakers. You have to pronounce most of the sounds from the back of your throat.

Is Arabic Worth Learning?

Many situations make learning Arabic a worthwhile decision. It goes beyond the satisfaction of being bilingual or multilingual.

Arabic is Muslim’s primary religious language. You also don’t have to be a Muslim to learn or enjoy the benefits of speaking the language fluently.

So, yes, Arabic is worth it. Here’s why.

Make your stay in the Arab world worthwhile:

They say if you want to become more than a stranger in any region, learn the language. Native Arabic speakers love it when people from other parts of the world speak their language. They will treat you as one of them if you can speak Arabic.

If you have plans to live in the Arab world to work or study, learning Arabic is a top decision you shouldn’t hesitate to make.

There are tons of English speakers in the Arab world today. Many have also witnessed first-hand the benefits of speaking the language.

Interestingly, almost 70 percent of the United Arab Emirates population comprise of foreigners and expatriates. So, there are more foreigners in the UAE than Emiratis.

Foreigners keep trooping into the UAE, not just because of the opportunities. The government treats Westerners living in the country well.

Again, if you spend 20 years or more in the UAE without conviction and speak the Arabic language fluently, you can secure your citizenship without breaking a sweat.

Opportunity to interact with millions of people across the world:

Arabic is the United Nation’s sixth official language. Others include English, French, Russian, Spanish, and Chinese.

You don’t have to live or have plans to visit any Arab country to start learning Arabic. You may need to communicate with an Arabic speaker online one day. Who knows.

A powerful tool for trade:

The Arab world comprises 22 countries that play a significant role in the global economy. And these are the simple reasons the region is seldom short of opportunities for citizens and ex-pats.

Most of these Arab countries, particularly the UAE, open their doors wide to foreigners. They give foreigners opportunities to drive their ever-flourishing economies even higher. Businesses are also investing in the Arab world, mainly the Gulf, in large numbers.

They invest in tourism, telecommunication, construction, finance, and other highly lucrative sectors. So there are numerous opportunities for foreigners in the Arab world.

And if you speak Arabic fluently, you may have the edge over others in the labor market.

What make Arabic difficult are the numerous varieties available. Almost every country that speaks Arabic has its versions. But the Egyptian Arabic is the most widely spoken. Over 55 million people speak the language, and it’s the easiest to understand.

Learning Arabic can be so much fun. But that doesn’t take away the fact that the letters can appear very intimidating to beginners. Even at that, you can learn the Arabic alphabet in one day. All you need is a constant practice.

How Long Arabic Takes To Learn and Master

The answer to this question depends on several factors. These include your level of motivation and set goals.

Your goals can serve as your motivation to push harder and be consistent in your journey. Ask yourself the following questions to establish a strong motivation:

Learning Arabic requires dedication. It would be best to study consistently until your brain becomes wholly immersed in the Arabic culture.

Keep in mind that the syntax and vocabulary in the Arabic language aren’t things you can learn and master within a couple of hours. It would take much longer.

A Handy Tip: Learning to speak Arabic alone takes far less time than learning to read and write in Arabic.

How long will it take you to learn Arabic? As an English speaker and beginner, it would take you 2200 hours and 80 weeks to learn Arabic. That is approximately a year and a half. You also have to study the language consistently from day one.

But keep in mind that most people may spend longer than a year and a half and still not master the language. So, how much time you spend learning Arabic is subjective.

You can determine how long it would take you to learn Arabic with these simple questions:

You don’t need to spend a whole day learning Arabic. But if you can, then that would help you learn faster. At most, 20 minutes in a quiet environment is enough for the day.

Why 20 minutes? The human brain would only give you maximum concentration for the first 20 minutes. If you can make proper use of your time and be consistent, you will start speaking Arabic in no time.

How To Make Learning Arabic Language A Breeze

Learning Arabic can be quite challenging for native English speakers. You have to learn a new set of alphabets. The language itself is a massively inflectional tongue.

Despite these challenges, you can still make your learning journey smooth. Here are steps you can take to make learning Arabic easier for you.

Choose the form of Arabic language you prefer learning:

One reason Arabic is hard is its wide variation. Arabic language that Saudi Arabia speaks might be different from Yemen’s.

Egyptian Arabic is the planet’s most widely spoken Arabic. Next is the Modern Standard Arabic that 22 Arabic countries speak. This Arabic is also one of the United Nations’ official languages.

So, choose the form of Arabic you want to learn. You can decide based on the Arab region you plan to visit and the Arabic language they speak over there.

There are no shortcuts when it comes to learning Arabic. Using shortcuts would only land you in more confusion.

The best thing to do is follow the basics. First, learn the various Arabic alphabets, use them to form words, and form sentences after that. Next, you can start learning proper grammar and syntax.

If you follow this process, you will have a basic understanding of Arabic. You could even teach others since you have a good foundation and know the basics.

Get yourself a language dictionary:

Practice makes you perfect in anything you do. These include learning the Arabic language. When you see, hear, write and speak a word, it becomes second nature to you.

An easy way to learn Arabic is by Watching TV programs in Arabic. Start with children’s program. Why? Children use simpler vocabulary, which will benefit you a lot.

You can then move to movies in Arabic to broaden your understanding. Watch movies with subtitles to learn new words in English.

Endeavor to turn off the subtitles after watching movies severally. Then try if you can recall the words spoken in the film without the subtitle.

“Is Arabic hard to learn” is a common question for many beginners. The answer is yes. Arabic is unique, and several factors make it challenging to learn. But that doesn’t mean you can’t learn and master the language. With constant practice and proper guidance, you can learn and start speaking Arabic fluently in no time. 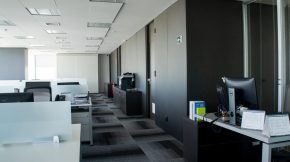 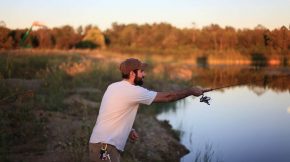 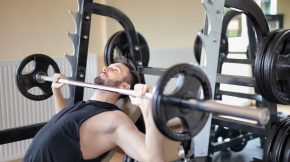 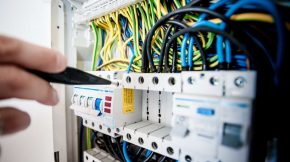 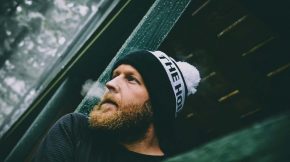