How Many Pages Are In The Harry Potter Books? Read This Opinion 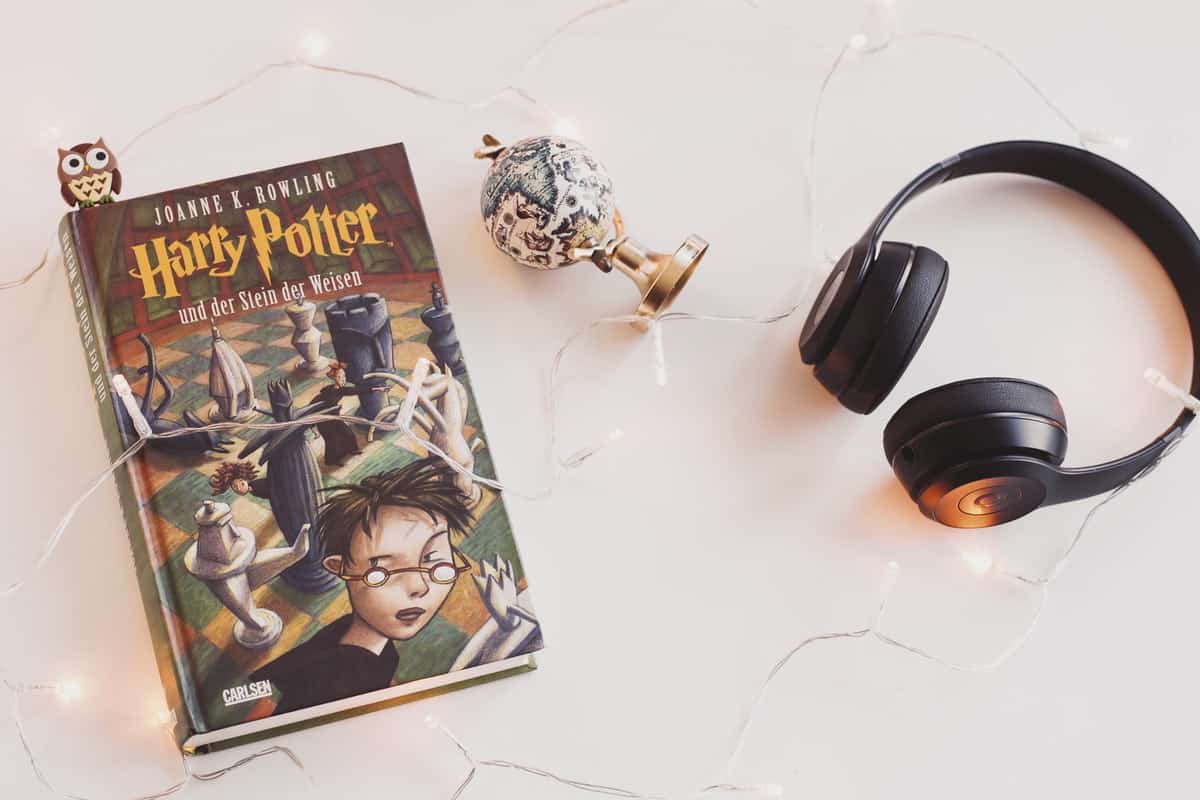 Harry Potter will forever remain one of the world’s best fantasy novels for years. The storyline, plots and characters used all made it more exiting.

However, the Harry Potter novel is cumbersome, as was the movie itself. So, if you have plans to read the entire book, there’s nothing wrong in knowing the number of pages the whole novel has.

How Many Pages Are In The Harry Potter Books?

First and foremost, understand that Harry Potter books come in various editions. So the total pages would depend on the edition you have at hand.

In the U.K. edition, the total pages are 3,407 while in the U.S. edition the total pages are 4100. The various titles include Sorcerer’s Stone, Chambers Secrets, Prisoner of Azkaban, Goblet of Fire, and Order of The Phoenix, Half-Blood Prince, and Deathly Hallows.

Keep reading for more information on this subject.

The Number Of Words Harry Potter Books Has

Harry Potter is an exciting and famous fantasy novel, with the first title released in 1997. The Harry Potter series comprises seven books. And once you consume the first, you can’t stop until you finish the entire seven books.

While counting the number of words the entire book has may not motivate anyone to read them, knowing the word count won’t hurt either.

So, how many words do the Harry Potter books have? Well, it’s over a million words. That’s the total for all seven books combined.

So, if you plan to consume over a million words from reading a novel, Harry Potter would be a wise choice. But it all boils down to your preferred genre. Not everybody enjoys fantasy literature.

That said, Harry Potter is a book for adults and kids. The storylines are quite enchanting, and you could become addicted the longer you dwell on the book or, the more pages you consume.

Which Harry Potter book has the highest and lowest word count? You may have come across this question a couple of times while researching about Harry Potter.

Now, here’s what you should know. Harry Potter series, as we mentioned before, boasts seven amazing books. So, the word count varies from one book to another.

However, the title with the highest word count is the Order of the Phoenix. It has 257,045 words. But the Sorcerer’s Stone has the least word count, 76,944 words.

Below are other Harry Potter books and their word counts.

If you put the entire words together, you’ll have 1,084,170 words. That’s the word count of the whole Harry Potter series.

Everyone who has heard about J.K. Rowling’s story knows how hard she fought to have her novel, Harry Potter, published. Surprisingly, the book that was once rejected by a publisher, but at the end, it became a huge success.

Here are some facts about Harry Potter that excite you the more about the book.

Deathly Hallow, Harry Potter’s seventh and final title, made history by being the world’s fastest-selling book. It sold 8.3 million copies within the first 24 hours, which equates to 345,833 books sold each hour.

Harry Potter books got translated into over 80 languages, from Scot to Albanian to Hebrew.

J.K. Rowling, Harry Potter’s author, was the first writer to become a billionaire from book sales. She also became the first-ever female billionaire.

4. How many times the name “Harry Potter” got mentioned:

Harry Potter got mentioned 18,956 times in the entire book.

Dementors used in the book represented depression, a disease J.K Rowling suffered due to her mother’s death.

6. J.K Rowling turned down a chance to collaborate with the king of pop, Michael Jackson:

Not many authors, celebrities, or entertainers would have said no to someone of Michael Jackson’s caliber. But J.K. Rowling did so without thinking twice.

Michael Jackson had requested he turned Harry Potter into a musical. Unfortunately, J.K. Rowling turned down the idea, stating that the concept lacked credibility. And that was her reason.

She also claimed that her love for the Harry Potter books and other elements, such as the theme park was special. So she didn’t feel the need to change anything.

7. The Battle of Hogwarts:

Voldemort got defeated in the famous battle of Hogwarts. And at the time, he was only 71 years old.

8. Sale of the Prisoner of Azkaban delayed to avoid distracting school children:

When the Prisoner of Azkaban got released, Bloomsbury had to plead with bookshops to delay the book’s sale until after school for fear of truancy. It was clear that many children were ready to quit school and head to shops to buy the book.

9. The entire Harry Potter series takes many hours to finish:

Harry Potter has seven books and over a million words. And shockingly, you will need 60.23 hours to read the complete seven books.

10. Witches and wizards depicted in the Harry Potter universe:

The Harry Potter universe indicates that there are approximately three thousand witches and wizards residing in Britain.

Harry Potter And The Cursed Child: The Eight Book Or Not?

Just seven books! That was J.K. Rowling’s promise to her ever-growing fans, most of which might have become a bit more matured now.

In 2007, Harry Potter and the Deathly Hallows hit the shelves. And it was the seventh and final book in the Harry Potter series, according to J.K. Rowling herself. She even said her goodbyes after releasing the book.

In the Harry Potter series’ final edition, teenage romances were finally resolved, prophecies got fulfilled, and all thirst for more adventure was satisfied.

But in July 2016, it seemed like fans were going to get a new Harry Potter adventure to rekindle the passion they once had for the fantasy novel. Harry Potter and the Cursed Child got released.

Seeing J.K. Rowling’s name boldly written on the book’s front cover, most fans quickly thought that their beloved fantasy writer was back to business. It seemed like she had thought about continuing the Harry Potter series.

So, are the Harry Potter and the Cursed Child a canon? Was it the eighth book in the series?

Unfortunately, Harry Potter and the Cursed Child go against everything a canon should be. So it’s literarily not a canon.

The book is a play and not a novel. It was also written by Jack Thorne, a Potter enthusiast, and British playwright.

The Cursed Child was a script based on an idea brought to light by John Thorne, J.K. Rowling, and John Tiffany, the Cursed Child’s director.

So, the Cursed Child isn’t a canon. Furthermore, the book is inconsistent with all seven Harry Potter books on many fronts. These include the character’s personalities, timeline, character’s future, etc.

However, it’s important to note that the Cursed Child is somehow related to the other Harry Potter books. But the main concentration is on his kids, and the event took place several years later.

J.K. Rowling made history with the Harry Potter novel. Even after so many years, her book, particularly Harry Potter and the Deathly Hallow, is still the world’s fastest-selling novel.

Everything about the Harry Potter series exudes class. There are no fluffs, and the story would leave you captivated every step of the way. That’s why even though the entire series has thousands of pages; people still love to read them. And if you haven’t read the novel, you should right away.

Previous Article
How Does Globalization Affect Your Life? The Positive And Negative Effects
Next Article
Why Do You Need A Degree To Be A Librarian? A Must Read

Why Do You Need A Degree To Be A Librarian? A Must Read
Naneth Robinson February 3, 2021