How Common Is Prison Rape? This Revelation Would Startle You 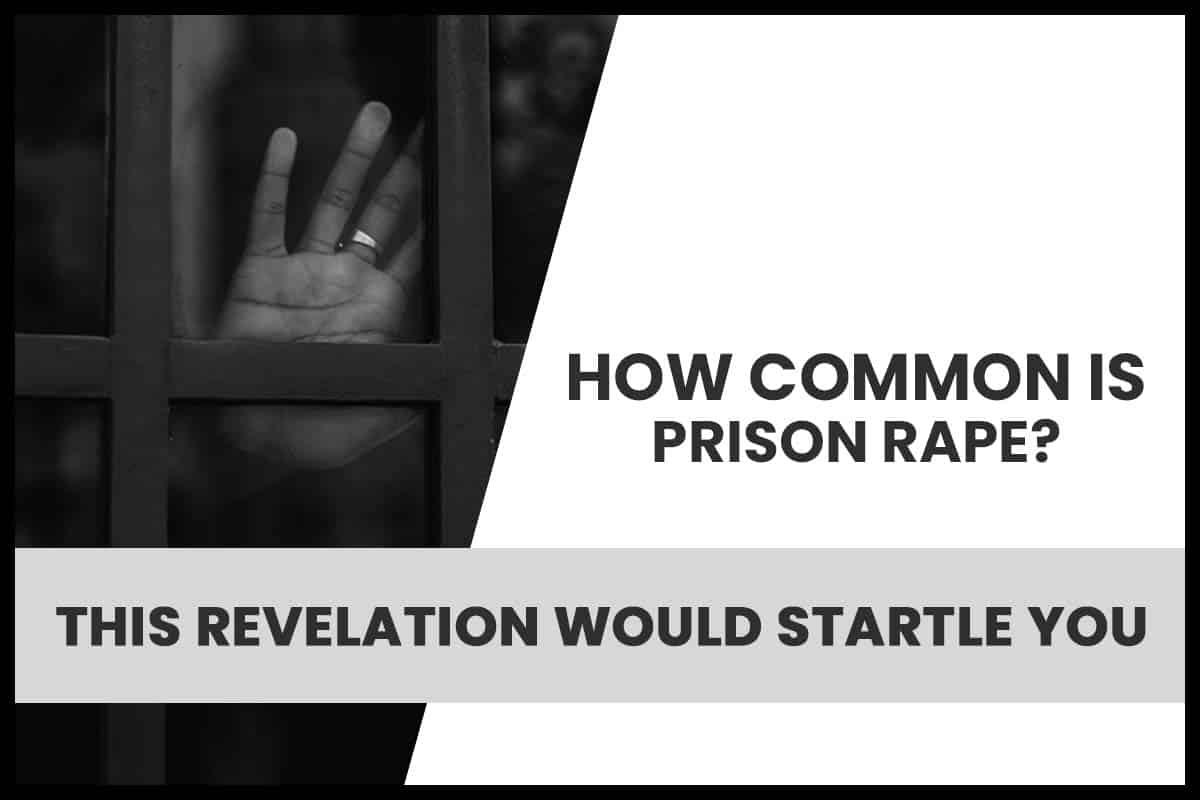 Prison rape is a bad experience for the victims and their families. It can affect one’s life massively. Victims often suffer depression, trauma, or other psychological issues.

Most rape victims are never the same after such incidents. It doesn’t matter if the rape took place within or outside the prison yard.

However, the prison is supposed to be a place devoid of rape. There are security agents there, so rapists should be afraid of abusing fellow inmates sexually. Unfortunately, the reverse is the case.

How common is prison rape?

No, prison rape is not very common these days. There are strict rules guiding prisons, which inmates must follow strictly. Failure to play by prison rules would lead to severe punishment, which many inmates dread.

However, just because rape isn’t common in state and federal prisons across the United States of America doesn’t mean it doesn’t happen. Sexual predators still attack fellow inmates in prison.

Again, inmates are not the only ones committing these sexual abuses. Some facility security personnel do have consensual and non-consensual sexual encounters with new and older inmates.

Keep reading as we go deeper into the issue of prison rape.

What Is Prison Rape?

Another term for prison rape is jail rape. It refers to rape that occurs within the prison walls. This term is commonly used to describe rape between one inmate and another and less commonly between the facility staff and inmates.

Furthermore, the sexual relationship between staff and inmates are not allowed in most prison. It doesn’t matter whether it was by consent or not. It’s forbidden. Prison staff that violates such rules is dealt with severely by the prison authority.

That said rape is rape. It doesn’t matter if it happened in a confined environment (prison) or outside. Victims suffer the same fate. The difference is that in prison, a rape victim may likely experience a similar attack repeatedly.

Most prison rapists are inmates who have spent several years in prison and are dreaded by other inmates. They have become very popular that at the mention of their names, other inmates tremble.

These inmates commit atrocities within the prison walls and can even harm other inmates without being punished. And when they rape or have non-consensual intercourse with other inmates, most of the victims prefer to remain quiet about it.

But outside, many rape victims speak up. Some rape victims that are alive to tell the tale of their ugly experiences can even identify their attackers.

On the other hand, most prison rape victims remain silent for fear of what the attackers or their loyalists might do to them. Even if the attacker gets punished, the victim is still prone to attack, which could be more fatal.

Why Is Prison Rape Bad?

Rapists whether inmates in prison or individuals outside, need to understand that rape affects not only the victims. It also has negative impact on the society, which their families, friends and probably children live in.

It doesn’t matter if the victim is an inmate or facility staff. Rape is bad, and such acts should be discouraged.

Let’s look at the reasons rape is bad. How does it affect the victims and society?

One of the common issues with prison rape is the prevalence of sexually transmitted diseases, including HIV.

In 2008, the U.S. Department of Justice reported that over 21,987 inmates were HIV positive or had AIDS. These include inmates in state and federal prisons across the country.

Most prison rapists rarely use protection when having sexual intercourse with their victims. So there is a high possibility of one party infecting the other with a deadly or probably curable infection.

Unfortunately, there are not enough resources available to inmates to prevent the transmission of sexually transmitted infections. Prisoners rarely have access to HIV testing, counseling, condoms, and other facilities to identify and treat infected inmates. Instead, inmates are left to deal with these problems alone.

So one of the reasons prison rape is bad is the possibility of contracting sexually transmitted diseases. There is a chance that the victim or rapist might be infected. And having sexual intercourse with such a person could be fatal. So both victims and rapists are in danger of contracting STDs.

Another thing that makes rape bad is the psychological repercussion it can have on the victim. It’s common for rape victims to develop some mental issues.

Extensive research conducted by Human Rights Watch in 2007, which involved 200 prisoners and thirty-four states in the United States of America, shows that rape victims suffer far worse than what society thinks.

So rape is bad and should be discouraged. It’s better to seek consent instead of forcefully taking advantage of others.

Most rape victims suffer psychological or mental issues for years. Many lost the drive to continue live or do anything meaningful with their lives.

It’s hard for most rape victims to bear the shame. And it’s even harder in a prison setting, where every inmate knows what’s happening within the prison walls.

Unfortunately, rapists only think of themselves. They are only concerned about satisfying their sexual urges or inflicting pains on their victims. If only they were reasonable enough to think about the psychological repercussion the victims could suffer, there won’t be any rape within or outside the prison.

Reputation of the prison facility and state:

Rape is a crime that attracts numerous attentions. The government, media, people, and reputable organizations always react to it.

So a facility or state experiencing high prison rape cases would only become a target to the media. Increased rape cases in such facility may force the government to shut it down.

Rape sends the wrong signal. It can dent a state or prison facility’s image in unimaginable ways. It’s the responsibility of facility staff to ensure that rapists in prisons are punished accordingly. They should stop allowing reported rape cases to go unpunished while the victims wallow in shame, anguish, and depression.

The state and the federal government should also put more effort into eliminating rape in prisons. Victims should be encouraged to speak up and should be protected afterward.

Most prison rapists are people who have suffered rape in the past. And now that they have the power and position in prison, they may derive comfort from hurting others. Then another rape victim becomes a potential rapist, and the circle continues.

However, rapists who have suffered rape need to understand that hurt others cannot make them feel better. It would only create monsters that would hurt others and make the community unsafe.

Rape isn’t a good thing. But victims should learn to pick themselves up and move on. Rape could have serious psychological repercussions, but if you are ready to outlive it, you can.

How To Avoid Getting Raped In Prison

As a new inmate, you’re exposed to diverse attacks. One of those attacks is rape. It might not be rampant in prison you find yourself. But that doesn’t imply that rape doesn’t take place there.

Males and females are prone to prison rape. It doesn’t only involve a specific gender. Some gay prisoners prey on new inmates, especially inmates that look attractive to them.

So, if you find yourself in prison, here are simple ways to avoid getting raped.

1. Observe before befriending anyone:

One has to be more focused while in prison. Don’t be quick to make friends with people you barely know. If you want to ask questions or seek help, approach new inmates. They are inexperienced and can help you with no strings attached.

Study the prison environment and know the dreaded prisoners you should avoid. How do you tell the status of a prisoner? Check out where they sit during meals.

Don’t be quick to tell everyone where you’re from or the crime that brought you to prison. Act tough in a sensible way and protect your privacy.

Your privacy involves information about you. These include family members, friends, hometown, etc. Sexual predators are always after such information, and providing it might land you in their nest.

Outside prison, favor is an act of kindness. But in prison, always consider before accepting favors from fellow inmates. Why? Such favors come with a price. It’s a tool sexual predators use to lure their targets.

Door opening, as simple as it may sound, comes with a price. And that price could be a hefty one. So even if you must accept favors from anyone in prison, ensure it’s from genuine friends.

Always have in mind that trust is earned in the prison environment. So if anyone tries to act good to you, consider it a red flag.

What Should Happen To Prison Rapists?

Even though we are made to believe that prison rape is no longer common, the fact that it still happens should make the government and prison authorities take the fight against rape more seriously.

The 2003 Prison Rape Elimination Act is still active. But the question now is, how effective is it in eliminating all forms of sexual abuse?

Let’s not forget the Prison Litigation Reform Act passed by congress in 1996 limits inmates’ access to federal court. So as it turns out, rape victims have only fewer options. And that is to complain to the prison authorities.

Unfortunately, many reported prison rape cases are swept under the rug. The sexual predators go scot-free, giving them more power to abuse more inmates. But if prison staff starts taking sexual abuse cases more seriously, rape in prison would be a thing of the past.

Prison rapists should receive severe punishment to serve as a deterrent to others with such motives. If the prison staff can do such without fear or favor, we won’t be talking about prison rape across the United States.

How common is prison rape? Well, prison rape has reduced massively. But that is not to say it has been eliminated. Complete elimination is what the government and prison authorities should be aiming for, not reduction.

Furthermore, rape victims should get the help they need. Prison officials should also educate new inmates, so they don’t become victims via ignorance.

Previous Article
Can You Be Arrested For Hate Speech? What Many Don’t Know
Next Article
Mythology Vs. Religion: A Detailed Comparison 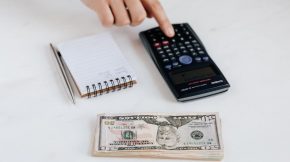 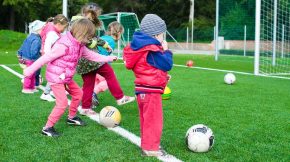 How to Teach Tolerance to Children
Lifestyle 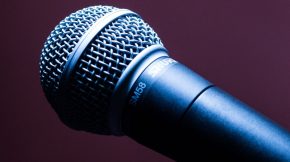 Scott Burrows, How to Overcome the Impossible
Lifestyle 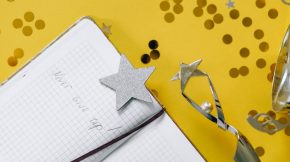 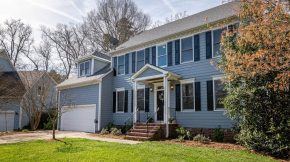 5 Questions To Ask When Touring Potential New Homes
Lifestyle
Made with coffee & love by ThemeBubble ©All rights reservd.