Mythology Vs. Religion: A Detailed Comparison 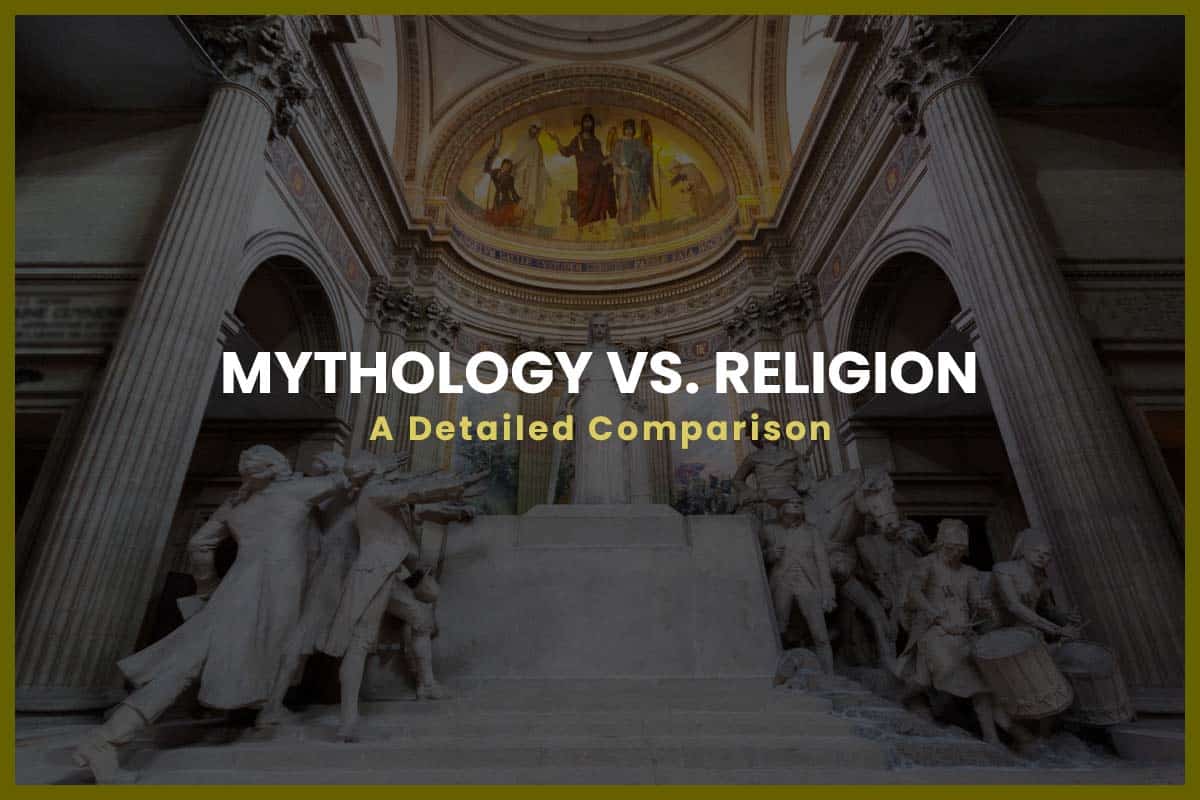 Mythology and religion are two concepts that have generated heated debates over the years. They both differ in scope and meaning, but somehow overlap.

People often confuse mythology as religion. Many believe mythology is an abandoned religion. But the truth of the matter is that both terms are only related via their focus on the supernatural. Furthermore, mythology stories have no backing, unlike religions’.

Let’s look at the meaning and differences between mythology and religion.

Mythology is a collection of several myths, which belongs to certain cultural tradition or religion. The Greek word “mythos” means story-of-the-people, while “logos” means speech or word. So mythology refers to the spoken story of a person or group of people.

Mythology also involves interpreting and studying fables or sacred tales of a culture called myths or a collection of the said stories, which focuses on diverse aspects of human conditions, such as good and evil.

Furthermore, mythology can be described as a branch or body of knowledge, which deals with myths. It’s a popular assumption or belief, which has grown up around something or someone.

We have looked at several definitions of mythology. Now let’s focus on the examples to get deeper understanding.

There are several examples of mythology. Some of them include:

Ra, according to Egyptian mythology, is a sun god. He was the most important and revered Egyptian god. Egyptians believe Ra emerged from chaos, which took place from the beginning of the earth and was responsible for creating the world.

What makes Ra special in Egyptian mythology is not the fact that he was a god. It’s the fact that he ruled as pharaoh. Humans that ruled after Ra claimed they were his decedents. And this gave their crowns more credibility.

Even though you may not have read a book about Greek mythology, chances are you may have watched it in the movies. Greek gods like Zeus and Poseidon are popular names used by movie characters. The characters also possess extraordinary powers

According to Greek mythology, Poseidon, which happened to be Kronos and Rhea’s son was the god of the sea. This happened following the Titan’s fall and division of the universe.

However, Poseidon’s temperament made him one of the worse rulers, according to Greek mythology. He often caused earthquakes whenever he was unhappy. He sometimes gave Hades, ruler of the underworld, a tough time.

Japanese mythology, like many others, provides another interesting tale. The most popular of the Japanese mythology is the story involving Izanagi and Izanami, the Shinto creator gods. They were responsible for creating the Japanese islands, including the mountain, wind, trees, sea, rice, and river’s deities.

Izanami was Izanagi’s wife, and he loved her dearly. Unfortunately, Izanami died while giving birth to a fire god. Izanagi tried bringing his lover back to life but failed.

Another popular Irish mythology is one involving Bean Sídhe. She was a spirit that wails whenever a family member was going to die. Banshee is the English word for such.

To the people, Bean Sídhe isn’t the bringer of death. She only warned people of impending deaths, so they could prepare or do what’s right to avoid the tragedy. According to Irish mythology, she also escorted the dead to the afterlife safely.

Hurricane and Huracán seem similar in meaning, but they aren’t. Hurricane is a natural disaster, while Huracán is a god, according to Mayan mythology.

Interestingly, the word “hurricane” was coined from “Huracán.” Huracán is known in Mayan mythology as the god of storm and wind, who has the authority to control all the elements.

Mayan mythology credits Huracán as a god who played a crucial role in creating the human race. He destroyed the second generation because their ways displeased the gods and created humans from corn.

Roman mythology is also very popular. It’s also like the Greek mythology, which we have had the privilege to watch on our big screen.

According to Roman mythology, Cupid is the god of desire and love. And he’s Venus’ loving son. Cupid is always depicted as a child with wings, with a bow and arrow on hand. Cupid’s bow and arrow could draw people together or pull them apart.

Understanding what religion is can help to answer some of the religious-related issues plaguing the world today. To most people, religion is a way of life, but it’s not. It refers to people’s believe.

Again, we should also have in mind that no religion is superior to the other. Each religion is unique. If we understand, accept and tolerate each other’s religion, the world would be a better place.

Religion refers to people’s belief in a particular God or gods and the activities connected with such beliefs, including worshiping or praying. Religious activities are usually carried out in a church, mosque, or temple.

There are over twenty different religions in the world. But each religion is unique. They are unique in the manner in which they worship, pray, dress, or eat.

Christianity is the world’s largest religions, with over 2 billion people. It’s followed by Islam, which has over 1.3 billion people. And while the Christians’ holy book is the Bible, the Muslims’ uses the Quran.

Here are examples of some of the religions and their beliefs.

Christianity involves Orthodox Church, Pentecostals, and other fractions. The Christians believe in the death, resurrection, and second coming of Jesus Christ believed to be the only begotten son of the living God, Yahweh.

The Christians believe in the trinity, involving God the father, God the Son, and the Holy Spirit. The Bible is the spiritual book used by Christians, and in it are the laws and commandments of God.

In Islam, followers believe in one God, which they refer to as Allah. Mohammed is the final prophet and messenger of God (Allah).

Those that follow Islam and its teachings are referred to as Muslims. The Quran is the holy book recognized and used by Muslims worldwide.

The Muslims differ in the way they offer prayers and dress. They also use the word “haram,” an Arabic term that means “Forbidden,” to guide Muslims worldwide.

One major haram is when a male or female dresses in a manner that exposes part of their body in a public place. Such an act would not only draw criticism. Defaulters could face severe punishment.

Islam is also divided into two major groups, called the Sunni and Shia. Nevertheless, both fractions agree on the same fundamental practices, principles, and beliefs of Islam.

Followers of Hinduism are over 900 million, making it the third-largest religion in the world. Ninety-five percent of Hindus live in India.

Despite being the third-largest religion, many scholars believe Hinduism is the world’s oldest religion. It’s believed that Hinduism, also called Sanatana Dharma started over 4000 years ago.

The Hindus call God, Brahman and they believe that the nature of a human being is not confined to his or her mind or body. Beyond both of them is God’s spirit or spark within the soul.

Difference Between Religion And Mythology

Mythology is a collection of myths, particularly those that belong to a religion or cultural tradition. Religion, on the other hand, refers to a system of belief or worship. Religion involves philosophy and ethics, while mythology doesn’t.

Mythology and religion are different in several ways, but they somehow overlap. The link between both concepts is their focus on the supernatural.

Religious stories, on the other hand, are considered true. For example, in the Christian religion, archeologists have been able to identify the acclaimed tomb where Jesus Christ was buried, as indicated in the Bible.

Many stories considered myths in other religions have been accepted as the truth, after several findings.

Mythology and religion are two concepts that overlap but have some differences. Most religious beliefs started as myths. But thanks to archeological findings, many have been confirmed to be true. However, myths and religion are both linked with the supernatural. Their stories involved immortals, which existed on the planet thousands of years ago.

Previous Article
How Common Is Prison Rape? This Revelation Would Startle You
Next Article
How To Describe A Sunset: Here’s A Passionate Expression.

How To Describe A Sunset: Here’s A Passionate Expression.
Naneth Robinson February 22, 2021 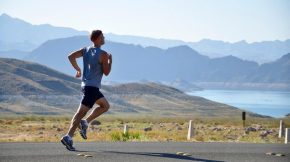 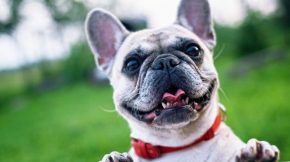 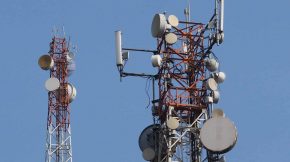 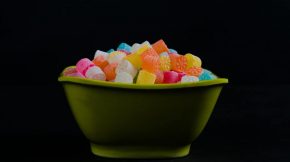 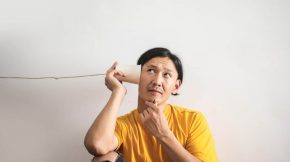 The Evolution of Hearing Aids
Health
Made with coffee & love by ThemeBubble ©All rights reservd.