Why Do CSGO Players Tilt Their Keyboard? Here’s What We Discovered 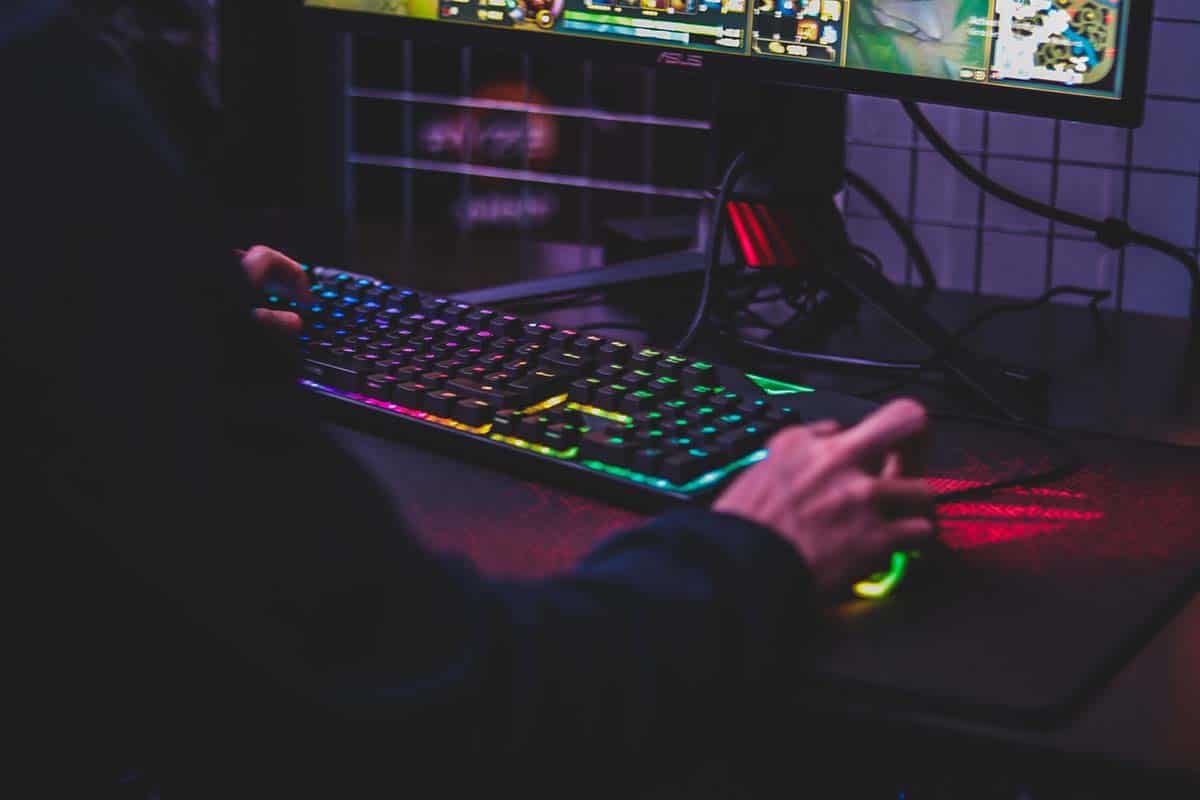 Have you ever been fortunate enough to watch CSGO players competing? It’s always entertaining. CSGO’s full meaning is Counter-Strike: Global Offensive. And the game boasts incredible game play. It’s a first-person shooter game and the fourth the counter-strike series has.

However, how players position their keyboards while playing CSGO has generated diverse reactions. Many people have given conflicting views. Some even claim it makes players more efficient and fast.

The focus of this post is to explain why CSGO players tilt their keyboards.

So, why do CSGO players tilt their keyboard? That’s the question.

When it comes to video games, keyboard positioning matters a great deal. Players need to position their keyboards at a comfortable angle and space. Otherwise, their efficiency and speed could reduce drastically.

How you position your keyboard also determines how long you can stay on a video game. If the keyboard is well-positioned, you can stay on your sitting and play CSGO for hours without feeling tired, drained, or any form of pain.

Here are some good reasons why CSGO gamers tilt their keyboards while playing the game.

Have you seen pro gamers compete in tournaments or LAN parties? The venues such competitions take place tend to be small.

Imagine playing an FPS video game where you need your mouse and keyboard to be on the desk. And don’t forget that you’re not the only one playing. Other players could be sitting beside you.

In a situation like this, players have no choice but to tilt their keyboards to create enough room for their mouse and ensure you don’t bump into the next player that’s beside you.

Another reason CSGO players tilt their keyboards, is to make room for someone to sit beside them. Some also do it to accommodate a water bottle or drink to keep them hydrated to ensure maximum concentration.

The last thing a CSGO player wants is to get super thirsty while competing. You need to be fully prepared before the game commences.

By the way, tournaments don’t always involve long play sessions. At home, you may want to play CSGO for hours, days, and weeks. That’s why desks used for gaming at home may have enough room to accommodate the keyboard, mouse, and other gaming tools.

During tournaments, players do everything possible to ensure they’re comfortable throughout. When you’re satisfied, you can give maximum concentration and probably, outshine your opponents. But if your keyboard or other gaming tools are not in the right position, then you could lose focus.

Now this explains why many pro CSGO players enjoy tilting their keyboards while playing. They find it very comfortable. Otherwise, keyboard tilting would have been a thing of the past.

Furthermore, every CSGO player must know that we all differ in our wants and needs. A style that worked for you might not work for another CSGO player.

If tilting your keyword is more comfortable, you can go ahead and position it in whatever angle you find relaxing. But keep in mind that your body could pay the ultimate price after those long playing sessions it goes through.

A Matter Of Preference:

When competing in a tournament, every player would want to be at their best. Such competitions involve top players, so any slip-up can cost you a spot at the finals or winning the competition itself.

Players also use other styles they find comfortable and can concentrate better. Some sit closer to the monitor, slouch, or even lean on the desk while playing.

There’s nothing like a one-size-fits-all style. And not every CSGO player tilts their keyboard while playing. It’s a matter of doing whatever rocks your boat. If leaning on your desk makes you more efficient, go for it.

How would you know the ideal keyboard positioning style for you? Many CSGO players may have this question on their minds after reading this.

Now the thing is, if you’re in a place where the desk is small, then you have limited options. The only way you can achieve comfort could be to tilt your keyboard at an angle that creates enough space on your desk.

If desk space is not an issue, don’t be afraid to give multiple styles a try. Slouch, tilt, get closer to your monitor, lean on your desk, etc. Just try every possible style on your list and see what works best for you.

You would be surprised after this trial to find that tilting your keyboard isn’t the best option for you. A different style might work better.

We can talk about the benefits of keyboard tilting to CSGO players and the reasons many prefer it. But we mustn’t forget that keyboard size plays a crucial role in determining whether a player can tilt a keyboard or not.

If you were using a full-sized keyboard, then the last thing on your mind would be tilting. You can’t tilt it because of its size, especially when you’re trying to manage desk space.

A 60% keyboard is easy to transport because of its size and weight. You will have enough room in your bag to place your keyboard and all the necessary gaming gears you need in the LAN party or tournament you’re attending.

So, if you have a full-sized keyboard, then you shouldn’t be talking about tilting. Even when you position the keyboard, you might not get the comfort your desire, as some part of it could press against your stomach while playing.

Make Reaching The Keys A Breeze:

Ability to reach keys on the keyboard during tournaments counts. In an FPS game such as CSGO, players need to move their hands quicker, precisely, and aim at targets accurately. Otherwise, it’s going to be game over.

Tilting keyboards to some degree makes reaching the keys on a keyboard a lot easier. It’s also a wise choice for long gaming sessions, as resting your hands on the desk eliminates fatigue to some degree.

You can tilt your keyboard at 90, 45, or 75 degrees. But know when to draw the line. 90 degrees seems to be more aggressive, and not everyone would be comfortable with their keyboards at such an angle.

Again, the best advice to give to anyone at this point is to try out the various keyboard tilting angles to know what works best for you. Don’t just assume angle 90 degrees is the best for you because you came across a pro using it.

Has Become A Habit:

Habits are developed from the things one does every day, repeatedly. If you start tilting your keyboard every time you play CSGO, it will become part and parcel of you after doing it for many years.

For many of these players, desk space might not be an issue. It’s just the best position for them to be more efficient while playing.

Many pro gamers tilt their keyboards at a more aggressive angle, such as 90 degrees. Some tilt theirs to 45 or 75 degrees, as the case may be. The bottom line is to do what works best for you. And ensure you don’t apply too much pressure on your wrist.

CSGO players tilt their keyboards for diverse reasons, which we have explained in this post. The tilting helps create space for their mice to move freely and ensure they don’t bump into other players sharing the desk with them.

Keyboard tilting is also crucial for FPS games like CSGO, mainly when you’re playing it in a LAN party or tournament where desk space is sometimes an issue. But if you were playing MOBA games such as League of Legends, keyboard tilting would not be that necessary. The simple reason is that you don’t need massive mouse space.

Previous Article
How To Describe A Sunset: Here’s A Passionate Expression.
Next Article
How Many Water Bottles Is A Gallon ? The Best Answer

How Many Water Bottles Is A Gallon ? The Best Answer
Naneth Robinson February 24, 2021