The Best Fonts For Online Ads Do you wonder what the best fonts are for advertisements?

If you’re trying to design online ads, you need to consider what fonts to use. This can set the tone of your advertising message. It also draws attention to specific phrases. Knowing which fonts to use can help you capture the reader’s attention.

Knowing the best fonts for online ads can help your company improve its image.

If you want to learn about the best advertising fonts, look no further than this guide. This will help you determine which fonts to avoid. As well as create more captivating advertising content.

These fonts are simple, clean, and up-to-date. As the name suggests, they only have one main character and no extra lines for decoration.

You could use sans-serif fonts like OpenSans and Montserrat to make ad templates look young, friendly, and approachable.

Helvetica is straightforward to read from far away because its x-height is high, and its lines are bold. The x-height is the distance between the bottom and top of lowercase letters in a typeface.

Helvetica can be used to create advertisements because it is easy to read and easy to change.

Even though Arial has been criticized for being too similar to Helvetica and for having a bad design, it has still stood the test of time.

It’s easy to read, clean, and neutral and looks great in various colors and designs. Many designers wouldn’t suggest using Arial for print work. But it works well for online ads and motifs.

Brush script is an artistic font that tries to look like letters written by hand with ink.

Like calligraphy, Brush script is a typeface known as a casual connecting script. It’s made of bold strokes that come together to create a stylish look.

But some might say that the brush script is too hard for viewers to read.

Even though brush script has had its ups and downs in the design world, more and more people like it because it makes them think of the time after World War II.

Because of this, we’d suggest using this font to create an ad for a traditional brand. Especially one that wants to make people feel nostalgic.

Decorative fonts are like script fonts in that they can only be used for certain things. Still, their unique designs and custom graphic elements can help your brand stand out.

Best Fonts For Your Ad Needs

If you want your online ads to be effective, you need to choose the correct font. Some fonts are more eye-catching than others, and some are more readable. The best fonts for online ads are those that are both eye-catching and readable.

Of course, you’ll want to experiment with different fonts to see what works best for you to make an ad campaign. But these are a few of the best fonts for online ads that we’ve found effective.

Did you find this article helpful? Then, keep browsing our site for helpful tips to improve your business’s growth. Why Are Snails Crawling Up My House? How To Deal With Snails In Your House
News How To Unlock A Deadbolt Without A Key: A Quick And Easy Guide
Lifestyle How To Talk About Swear Words With Kids
Lifestyle 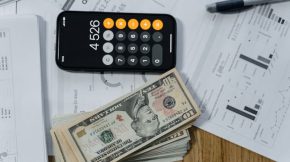 How To Find Square Roots Using A Calculator
Technology
Made with coffee & love by ThemeBubble ©All rights reservd.