Why Are Fighting Games So Hard? 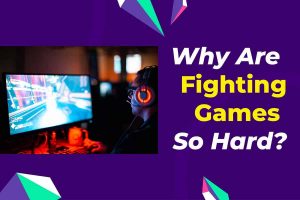 Gaming has become very popular in recent days. Everyone has either a PC or any other gaming console in their home. There is a wide array of games to select from.

Racing games, adventure, and fighting games are made in bulk by software companies. Fighting games such as Mortal combat and Tekken have grown popular all over the world.

The problem with these games is that some people find them hard to play, thus opt for a different genre of games.

Going back to our question;

Why are fighting games so hard?

They are mostly considered difficult because of their depth and complexity. Most fighting games have a lot of actions and combos. This would imply that there are many different controls for movements and combinations.

You need to master controls to enjoy the game. Mastering these controls is difficult, and that is what makes gaming so difficult.

How To Get Good At Fighting Games

Fighting games are said to be difficult, and this why many people do not play fighting games.

Even beginners win some matches in the games. They use one simple control and a repetitive strike. This is often boring when done for long.

A low skill level is what makes the game difficult. If you give yourself time to practice with the keys and master all controls, then you will be fine.

You should first learn the basics of attacks and how to block attacks. You could then get deeper and learn combinations. Combos will do more damage than regular attacks.

Get used to moving your fingers quickly enough. The attacks might need you to react quickly. As you practice, you will get better, and the controls will come to you more naturally.

Get someone to play with so that you can sharpen the skills. Fighting games are no difficult; they need time to master. Once you get good with the controlling keys, you will enjoy the game.

There are major advancements in the field of gaming. You could go online in most games and play with other people. This is a good way to showcase your abilities and practice with human opponents.

The controller you use is also an important part. If the settings can be changed, then set them in a way that you are comfortable with. Even the keyboard and mouse should be well set to make you good.

Why Aren’t Fighting Games As Popular As Racing Games?

Most people prefer racing over fighting games. There are hundreds of both genres, and more people play racing games.

Some people enjoy gaming, but they don’t like violence. For a person like this, racing would be the obvious choice. This way, the gamer can enjoy playing without killing a character.

Some games, such as Mortal combat, are particularly violent. The characters make kills in very graphic and brutal manners. This might have some people opting for racing.

The simplicity of racing

Most racing games are straightforward in terms of controls and gameplay. You need a small number of controls to move the car and enjoy the game.

You need to know just four or five controls to play averagely well—acceleration, braking, direction, and probably nitrous to boost your speed. Additional settings are there for finesse.

Fighting games, on the other hand, have a lot of controls. There are movements, attacks, defenses, power-ups, jumping and crouching, combos, and many others.

The increased number of controls makes it look hard. This causes a lot of gamers to prefer racing over fighting games.

What can be done to make fighting games easier?

Fighting games seem tough, but they are fun after you learn. Some steps should therefore be taken to ensure that the whole learning process is simpler for beginners.

In one frame links, games run at 60 frames per second. This will give the user a sixtieth of a second window to make a hit.

At this speed, even professionals miss a lot of hits. At three frame links, it gives you about 50 milliseconds to time a hit. This is a much more manageable time that will make gaming easier.

Simplification of moves and combos

Making moves simple will make the game easier. All moves should have a specific key tied to them.

A user can make a special move by pressing one key. This is a lot more doable than pressing four or three keys simultaneously.

Games should allow you to set up your own controls and combos. This will allow you to organize your controls in a way you are most comfortable with.

Educating the beginners and gamers

The manufacturer should make videos with clear instructions on playing the game—videos of how the game works could help with the learning process.

There are a lot of such videos, but fans make them. The companies should make their own videos and link them to tutorial modes.

Tutorial modes should be improved

This will allow them to give better lessons to beginners. A good tutorial should include guidelines and hints as the game continues.

Putting the game in slow motion for users to understand combos. This will help master the keys for the particular combos.

A beginner will learn better with a good tutorial, have more skill, and enjoy the game more.

New users don’t enjoy the games because they are not skilled. They probably only know a few moves, and the game bores them in advanced stages.

Giving a wide range of knowledge in tutorials and training will help get more players to enjoy the game. Even the gaming interface and controls should be user-friendly.

Where Can I Play Fighting Games?

Fighting games are available on many different platforms. You could play a fighting game on most digital devices. Gaming companies have diversified their products to get to everyone.

You could download a fighting game and play it on your mobile phone. There are thousands of amazing fighting games on the play store on android and AppStore on apple and IOS devices.

Most people don’t like playing games on mobile phones because of their small sizes. But you can still enjoy games like Mortal combat, Tekken, Prince of Persia, and many others.

Even on the phone, you could play online. There are fighting games that have an online feature. This will make your experience a lot more fun.

This is probably the most commonly used gaming platform. Many people have access to laptops and Personal Computers.

All you need to do is buy the game you want, install it, and play it. There might be some compatibility issues like any other computer software. But almost all games will run on your machine.

You could connect to the internet and have multiplayer matches. This way, you play against other humans. This is way more fun than playing against the CPU.

For controls, you could use the keyboard and a mouse. You could also buy your own controller and plug it into your computer.

Video game consoles have revolutionized gaming since they started. Gaming consoles can support a lot of games. They give you good reactions and graphics that will ensure you enjoy the game.

Consoles are specifically designed for gaming, and they will deliver. Get a controller you like and get used to it. There are actually a lot more games for consoles than PCs.

How long does it take to learn how to play fighting games?

There is no standard time for a person to learn how to play. The fighting game could be a bit complicated to some people and simple to others.

To master the very basics, you need around 5 minutes. This will be enough for you to know what control does what. You won’t be a pro, but you could play the game.

From this point, it is all about practice. Practice will get you to be more familiar with the keys and their positions.

This familiarity will improve your speed and reflexes. Within a week, you will be well above average.

This process may be quicker for an experienced gamer. People that are used to playing other games will probably need less time to learn.

Fighting games are not hard. Yes, learning how to play them may bring up a bit of a challenge. But they are a lot of fun playing once you get good.

Get a good console or PC and have fun. Even if you only have a mobile phone, you can still get a game and play it on your phone.

Take time to watch tutorials and train in single-player. You can, later on, improve your skill and go online to multiplayer platforms. You could get good enough to win a competition and get an award.

Previous Article
What Time Does Burger King Serve Lunch?
Next Article
Was Obama A Good President? 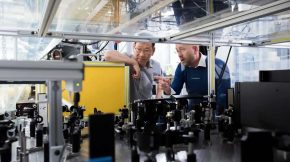 Why Quality Control is Essential in Machining
Business 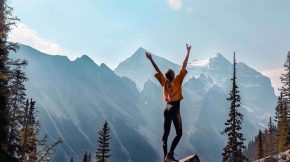 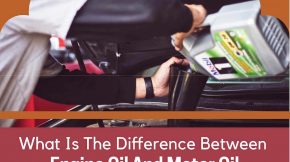 What Is The Difference Between Engine Oil And Motor Oil?
Technology
Made with coffee & love by ThemeBubble ©All rights reservd.