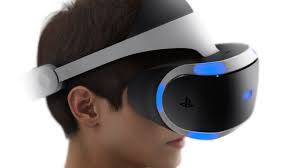 Modern technology has created hundreds of devices that science fiction authors and dreamers from even fifty years ago never would have expected. Most of the new devices are relatively small improvements on existing technologies, but a few of them are set to revolutionize our lifestyles. They latest innovations are going to spread quickly, so it’s best to keep an eye on them and stay informed.

People have been dreaming of virtual reality for decades, and it’s finally starting to become available to the average person. VR headsets, such as the Oculus Rift, have been dropping in price, so that what was once a novelty used to technology demonstrations has now become a toy for hobbyists. As the price continues to drop, they will become more common, until they become as universal as televisions and cell phones.

Most of the current VR systems are used for gaming, but organizations are experimenting with other uses. For example, hospitals and medical schools are experimenting with them as at tool for simulating surgery. The technology isn’t perfect, but it has the potential to significantly reduce the cost of training for a variety of professions.

Electric cars have existed for a long time, but they haven’t always been practical. The main problem comes from recharging them. If only a few people have the cars, nobody will want to provide charging stations. That makes it hard to charge the cars, so people are reluctant to buy them, which discourages people from building charging stations.

Tesla has managed to break that cycle with its electric cars. The company made a point of providing charging stations in select areas, and the batteries can get charged at the average home. They last long enough that recharges are unnecessary for most trips, so people are willing to buy them. That fact, combined with their green image, got the electric car on the market and opened up the possibility for other companies to start selling their own.

Drones, also called UAVs, are constantly in the news. They are much cheaper to operate than traditional vehicles, especially if they can drive themselves, and their small size makes it easy to store dozens of them at once. Photographers have started using them to get pictures from new angles, power companies are using them for repairs, and delivery companies are even using them instead of traditional mail services. The delivery drones are making the largest impact, since they can carry small parcels to a home quickly without breaking the bank. Since flying drones aren’t restricted to the roads, they also tend to be faster than traditional methods. That is making fast shipping very affordable, and encouraging the shift towards digital shopping.