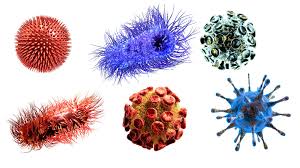 Though it may be unsettling to think about, a great variety of microorganisms can be found in drinking water. Most of these creatures are harmless, though some, if found in great numbers, can be dangerous to the point where modern municipal water companies take care to filter them out of the water supply before they are sent into homes, businesses, schools and hospitals. Here are six microorganisms commonly found in water.

1. Escherichia Coli
This is the dreaded E. coli bacteria that causes much sickness if great numbers of them contaminate drinking water. However, most types of this microorganism are harmless and live happily in the gut of humans and other animals.

2. Giardia Lamblia
This is a parasite with a complex reproductive cycle that causes a disease called giardiasis, which causes stomach pain and diarrhea. As a cyst, it is found in stagnant water. Its reproductive form is pear shaped, has flagella, or tail-like structures and can only live in the small intestine. It causes infection in all types of animals, sometimes fatally.

3. Cryptosporidium
This is another water-borne parasite that causes a disease that affects both the gastrointestinal tract and the lungs. It is especially dangerous for people who have compromised immune systems. As a spore Cryptosporidium is difficult to kill even with bleach and can live for a long time outside a host. It is best taken out of the water with filters that use sand or diatomaceous earth.

4. Amoeba
This microorganism can famously shape-shift through the movements of pseudopods, or false feet. There are many types of amoeba, and some cause serious illness such as amoebic dysentery. They eat bacteria and other, smaller microorganisms by surrounding them with their pseudopods then engulfing them.

6. Rotifers
These microorganisms are also called wheel animals, and they are often found among the plankton. They are found all over the world and live in both fresh and salt water. Unlike the microorganisms discussed above, they have tiny brains, nervous systems, antennae and eyes.

The number of microorganisms that live in water are almost too many to list. They live in fresh water, salt water and brackish water. Some of them cause illness while others are part of the food chain of other animals. Whatever type they are, these microorganisms are fascinating and worthy of study.