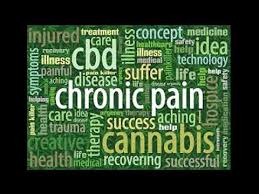 Whether it’s in the papers, on CNN specials, or gossiped about among fellow yoga students, you’ve heard it everywhere. You’ve seen it in your local cafes, restaurants, smoke shops, or mega retailers. Even your stuffy old aunt has tried it, completely convinced that it’s helped her knee pain more than any other vitamin or miracle treatment she’s ever tried. What is it?

CBD, also known as cannabidiol, is one of the many active compounds found in strains of hemp flowers. Researchers suggest that CBD consumption could reduce the harmful autoimmune inflammation underlying conditions ranging from depression to chronic pain. Some local surveys have suggested that 80 percent of those who’ve tried CBD oil once reported a moderate to substantial decrease in the severity of their pain symptoms.

Unlike tinctures or baked treats, CBD oil is a highly concentrated formulation containing only a few of the cannabinoids found in organic hemp plants. Unlike THC, CBD has been found to be neither non-addictive and non-psychoactive. To those seeking pain relief without wanting the mind-altering affects of cannabis, CBD may represent a sustainable option for management of diverse health conditions.

Though CBD oil is typically more expensive, many regular users tout that it is more than worth the cost increase. Oils are versatile, able to be mixed in drinks, foods, or made into gummies for the best possible bio-availability and body absorption.

In one study conducted in Brazil, 57 men were given either CBD or a placebo 90 minutes before a public speaking event. Researchers found that the 300 mg dose of CBD significantly reduced sensations of anxiety in the participants. This finding implicates the deeply physical relationship that CBD can have on persistent mood disorders. Though the effects of CBD on chronic pain are widely known, CBD has been found to also positively re-frame individual users’ relationship to their own anxiety, depression, or PTSD.

In addition to combating chronic pain and poor mood, CBD has been endorsed by the FDA for its efficacy against epilepsy and other seizure disorders. CBD may also help reduce the negative symptoms of both cancer and cancer treatments by mitigating severe nausea, cachexia, and pain. Oils may represent a sustainable way for pain patients to manage their condition without the dangers of addiction or mental fog that prescription drugs boast.

Not only does CBD combat current health conditions, it could also play a role in preventing the recurrence and development of the risk factors for future physical problems. By interacting with the endocannabinoid system, CBD could diminish the risk of multiple sclerosis and muscle atrophy. CBD reduces inflammation, which helps nerve and brain cells against persistent irritation.

More research still needs to be done to explore the potential benefits and pitfalls of a regular CBD oil treatment regime. In the United States, CBD has only technically been legal on the federal level for five years. Still, some of the potential benefits of CBD could create extensive ripples throughout the world’s health and wellness markets.